The analysis released by the Center for the Study of Hate and Extremism at California State University, San Bernardino, this month examined hate crimes in 16 of America’s largest cities. It revealed that while such crimes in 2020 decreased overall by 7 percent, those targeting Asian people rose by nearly 150 percent.

This data is alarming and it is very sad that “Stop Asian Hate” movement did not really spread out as quick as it should be. There are many Asians who died because of the hate crimes especially those elderly Asians who could not defend themselves.

“Hate Crimes Against Asian Americans Are on the Rise. Here’s What Activists,
Lawmakers and Police Are Doing to Stop the Violence”, USA Today,
February 27, 2021, updated March 4, 2021

Most Asians will avoid direct confrontation with strangers and just walk away quietly.  However, the more silent we are on this issue, the more hate crimes continue. An awareness is very important and it is critical for people to know that Asian human beings are in danger as targets of hate crimes. Asian lives do matter, too. No matter what, I still do have faith in this society and I strongly believe that there are many good people out there. We just need to raise an awareness so we, as a society, can look out for each other and protect/speak up/step up for each other when we do witness a hate crime. It is time for ALL of us to voice our concerns on this hate crime and for us to see each other as HUMAN BEINGS rather than identifying each other using our skin color and race. Asians have feelings, too. We can feel the hate from the look in people’s eyes. Please don’t hit us or try to beat us up just because we are Asians. No one deserves to die just because of their race or just because of COVID frustration.

Many Asians, especially the elderly, are now feeling anxious and afraid to leave the house since they are afraid to be a hate crime target. Many Asian American children asked their parents…why do they hate me? This question broke my heart. Thanks for reading til the end. Should you not know what to do to help, one simple thing to do is to spread the news and awareness on this issue to help to stop Asian hate. Please share.

“What You Can Do About Anti-Asian Violence: ‘We Are Part of this Country,’
Activists Say”, Rolling Stone, March 17, 2021 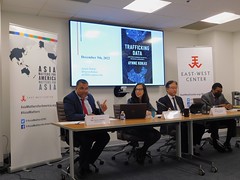 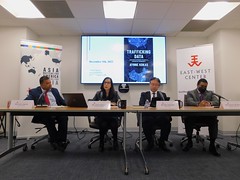 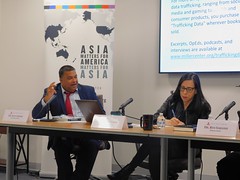