I would like to express my big thanks again for funding my conference presentation last June 23-25 at the 21st Annual Conference of the Society for Institutional & Organizational Economics (SIOE) at Columbia University in New York City. Directly after the conference, I flew to the Philippines for my research fieldwork and then back to Honolulu on August 17, 2017. The entire trip, including the conference attendance in New York City and field work in the Philippines was very productive. 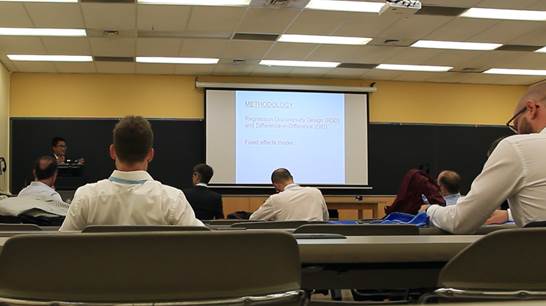 The conference was attended by the awardees of 2016 Nobel Prize in Economics, namely, Oliver Hart of Harvard University and Bengt Holmstrom of Massachusetts Institute of Technology, along with 300 other professors and graduate students specializing in Institutional Economics. Columbia University in New York City was a very conducive place for this conference as most of the participants came from many parts of world. I learned a lot from many institutional economics experts who gave comments, insights, and suggestions on one another to improve their methods and framing of research questions. I was able to form connections with several scholars, those both young and established, who are also working on the same specific sub-field of institutional economics. It was the ideal time to get updated on new methods and topics in the field. 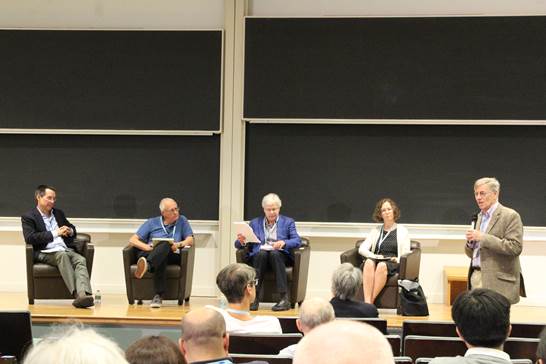 I presented my preliminary quantitative results which provide empirical evidence on how corruption persists and how this debilitating problem can be accentuated with election competition and rules on dynastic succession of electoral positions. One major result of the research is that having less prospect of reelection drives incumbent politicians to extract more public funds as much as they can in power, compared to politicians who were able to secure large vote margins. This kind of quantitative research on corruption has never been done in the Philippines case before because the compiled corruption data from annual audit reports were recently digitized and publicly released that span from 2006 to 2016. This research will form my third year research paper requirement in the Department of Economics and hopefully several chapters on my dissertation.

Thank you very much again, East-West Center Alumni for the support! It meant a lot for me as a new researcher.