IT’S EASY to get opinions about the security and stability of the Asia Pacific region — everyone has one.

But Center official Richard Baker has a view with more than a little heft to it. Each year, he surveys security experts and analysts around the region, in the United States and in Asia and then prepares his Asia Pacific Security Survey (the graphic above comes from this year’s report).

The survey is a broad-ranging questionnaire on challenges and opportunities for success in the region.

Because those surveyed are known, but their responses are anonymous, Baker believes he gets a fairly frank and honest look at the situation. For instance, this year’s survey indicated a fair amount of pessimism about the U.S. effort in Iraq. It also showed that analysts are less concerned about China’s rise as a destabilizing influence than they are about the American reaction to that rise.

As always, there are immediate concerns (reflected in the graphic above) and long-term security issues. 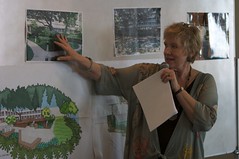 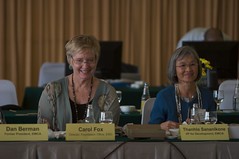 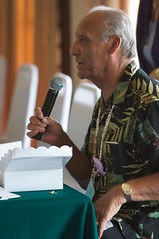