Journalists like to get up close to any big story, but this one was closer than most.

A group of a dozen East West Center Jefferson Fellowship journalists are in China this week where their plans were to visit the “other China,” developing regions in the west beyond the coastal “boomtowns.” Their itinerary included planned stops in Chongqing and the Sichuan provincial capital of Chengdu, precisely where Monday’s devastating 7.9 magnitude earthquake struck.

The group, which was in Beijing at the time of the quake, felt minor aftershocks and immediately put their travel plans on hold. Naturally, they don’t want to get in the way of rescue and relief efforts, but they are also ready and eager to assist in getting the word out in any way their hosts might wish.

Ann Hartman, who is travelling with the fellows along with Center researcher Chris McNally, had this brief report via e-mail:

“We felt very little in Beijing, but both Chongqing and Chengdu were affected so the future of our program there is very uncertain.

“Our hosts are trying to reach their counterpart organizations in Chongqing and Sichuan. It is quite likely we will not make it to Chengdu but perhaps Chongqing will still be possible.”

On a personal note, Hartman reports that McNally’s relatives, who live in Chengdu, are safe but say people are sleeping in shelters or the local stadium for fears of aftershocks.

Kayla Rosenfeld, news director at KHPR public radio in Honolulu, is one of the journalists travelling on the Jefferson Fellows trip. Listen to her report from Beijing, including an interview with McNally, HERE
(It’s an Mp3 file)

For a large-scale PDF map of the earthquake area, go HERE. and click on the smaller map image. 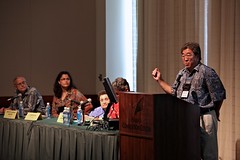 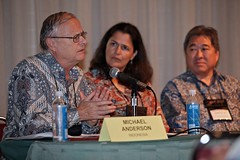 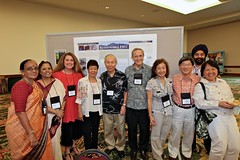